As we ventured out on our Vegas adventures it was imperative we saw one of the greatest and iconic shows to date. Michael Jackson ONE is a sonic, tonic fusion of acrobatics, dance and visuals taking its audience on an immersive journey through the music and spirit of Michael Jackson; only shown in Nevada’s, Las Vegas. 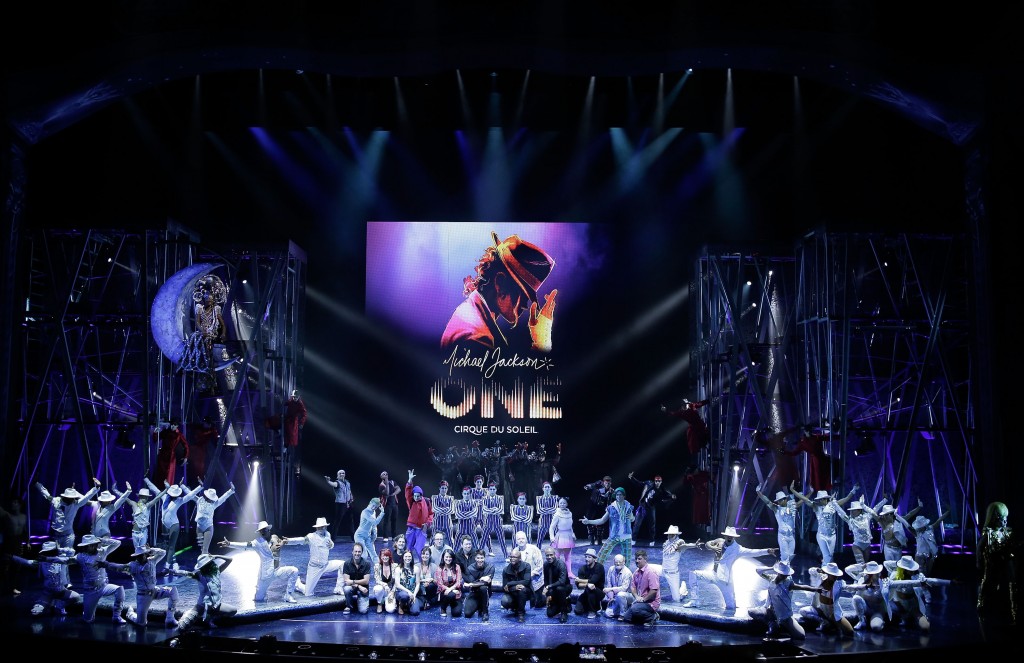 Whether you’re a fan of Michael Jackson or not, you are bound to be blown away by this amazing visual and heavily performance based display. The show is driven by Michael’s powerful, multi-layered music – heard like never before in a riveting, state-of-the-art surround-sound environment. 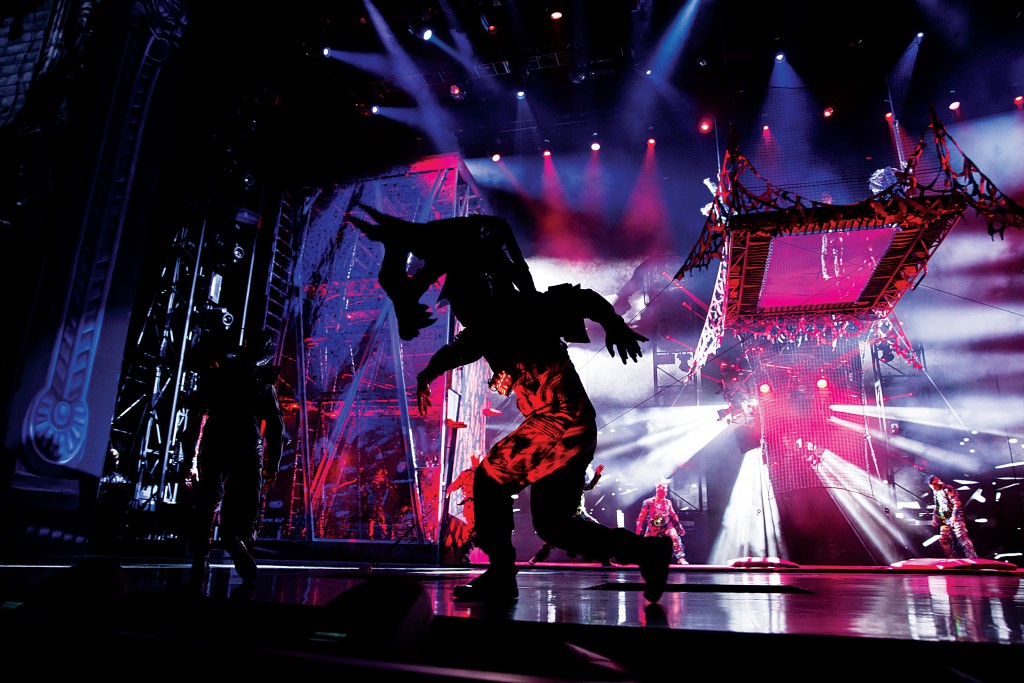 In Michael Jackson ONE, Michael’s spirit is channeled through the vibrant energy of the cast of 63 dancers and performers, underscored by aerial performance, driving acrobatics, and vivid choreographies that use the urban/hip hop idiom as a springboard for exploration. 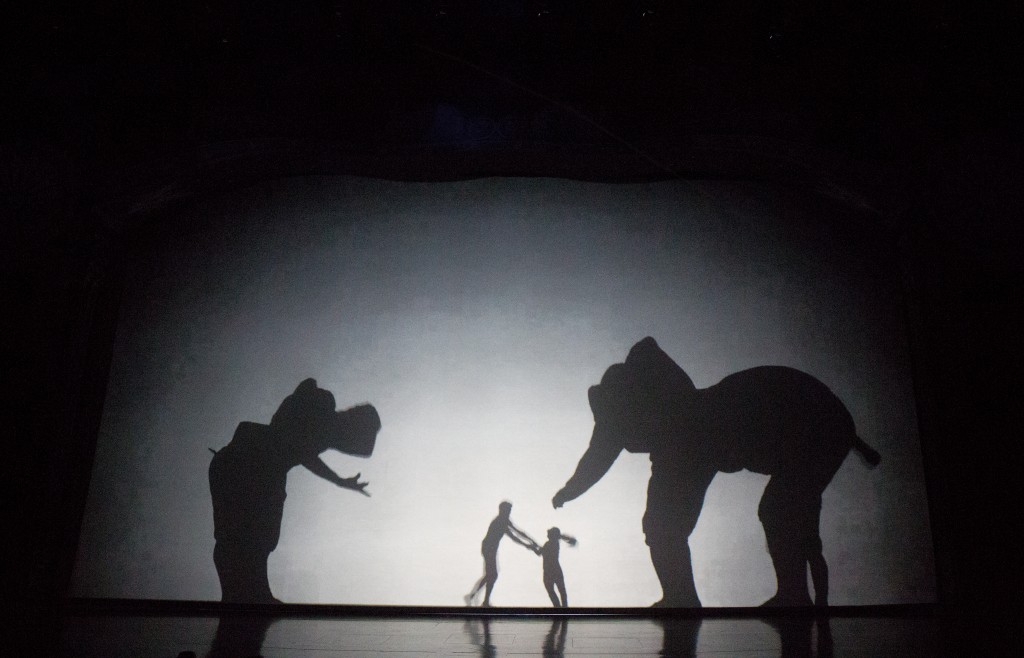 ONE is heartfelt tribute to the work, innovative spirit, and legacy of Michael Jackson – the King of Pop, the genius, the visionary, the One.

Opening with classics like Bad, Smooth Criminal, and I’ll Be There, the show got off to an absolute magical start! To top it off, Human Nature was merged into the ever familiar Jackson 5 classic, “Never Can Say Goodbye”, adding to the nostalgic energy that really takes you back.

Michael Jackson, was an active humanitarian and followed the teachings of many of the worlds most iconic leaders. This was also incorporated in “They Don’t Care About Us” with a visual presentation including Martin Luther King, Nelson Mandela, Ghandi, and Mother Theresa. It exemplified causes that Michael was and would be passionate about today.

It continued with a tear jerking adaptation of “Smile”. The performers then went into a jaw dropping hat frenzy to “You Wanna Be Starting Something” that left everyone in the audience wowed.

Next up was a musical assemble of Dangerous and Dirty Diana. With a seductive energy, the audience was led into dancing from aerialists, acrobats and an air guitarist performance. It featured a sultry female lead guitarist replicating the original performance by, Steve Stevens. The stage was set in a hellish uproar with red and fiery displays.

As the show drew to a close, the performers paid homage to one of the greatest music videos of all time. The male cast were lit up from head to toe in lights emulating the classic “Billy Jean”.  We then were introduced to an anime visual of both Janet & Michael Jackson in “Scream”. “Don’t Stop Till You Get Enough” followed and left the audience upbeat, dancing as the show proved to truly be an experience one would never forget. The finale number was “Can You Feel It” dance mix was with led by amputee dancer and followed on by the rest of the cast and audience dancing.

Throughout the show there were many tear jerking and nostalgic moments. “Man In The Mirror” concludes the storyline that follows four leading characters throughout the show, this was arguably one of the most incredible part of the show as they all end up in Neverland and a special surprise for those watching. There are many secrets and surprises throughout the show, but we wouldn’t want to spoil that for you now would we?

None the less we catch up with Valerie Kimani one of the vocalist from the show, who plays “Moon Goddess”. Her performance was truly breathaking and it was great to hear more about her story and journey into the world of theatre and performing arts. Here’s what she had to say!

Valerie Kimani (singer) – Valerie is our singer and “Moon Goddess” (the woman who flies in and out on the moon throughout the show), and is also the first artist from Kenya Cirque has ever had in Las Vegas. She was an actress and singer back home before joining ONE for the creation and she is now literally the only woman in the world who gets to sing duets with Michael Jackson 5 times per week. 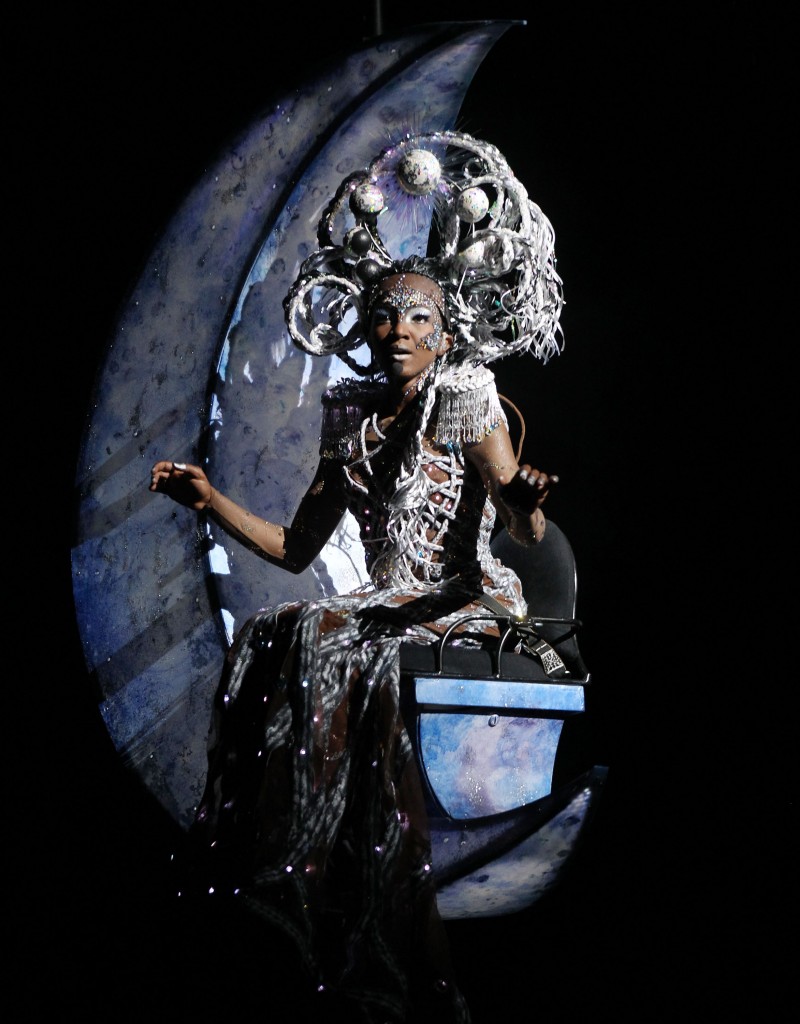 1. Who inspired Valerie to want to sing and dance?

I was inspired by a lady in a red dress with long black curly hair, singing cover songs to tourists on a beach in Kenya. She will never know this but watching her made me want to be a singer too. I thought she was so cool.

2.What have been some of the challenges in getting into the industry?

My particular challenge was that as a performer I’ve often found myself exploring unchartered waters, going into roles that are a first for me and for others around me. Like Cirque du Soleil. I’ve come to rely on and trust my instinct more than outside voices, particularly when it comes to my art.

3.What 3 tools do you need to withstand as a working performer?

I would say you need a good work ethic, a good attitude and a good sense of humor!

4. What impact did Michael Jackson have on you wanting to be a performer?

I am inspired by the honesty in Michael’s voice, all the raw emotion. And his stage presence, how he would just stand there, taking everything in. When I sing ‘I just can’t stop loving you’ with him, I imagine him standing right beside me.

5. Many have a misconception that your job is all glitz and glamour, what are the truths and realities about working on the big stage?

The truth is that behind all the glitz and glamour is a group of hardworking people, many of whom are unseen, working together nonstop, doing whatever needs to be done to put on a good show.  It’s a really inspiring thing to see how everything comes together.

6. For those who have not watched the show; in a few words describe what they can expect?

Expect to laugh, maybe cry and say wow a couple of times.

7. What’s next for you after Cirque Du Soleil?

I’m looking into getting a baby brother or sister for my little boy. He says he’s been waiting. 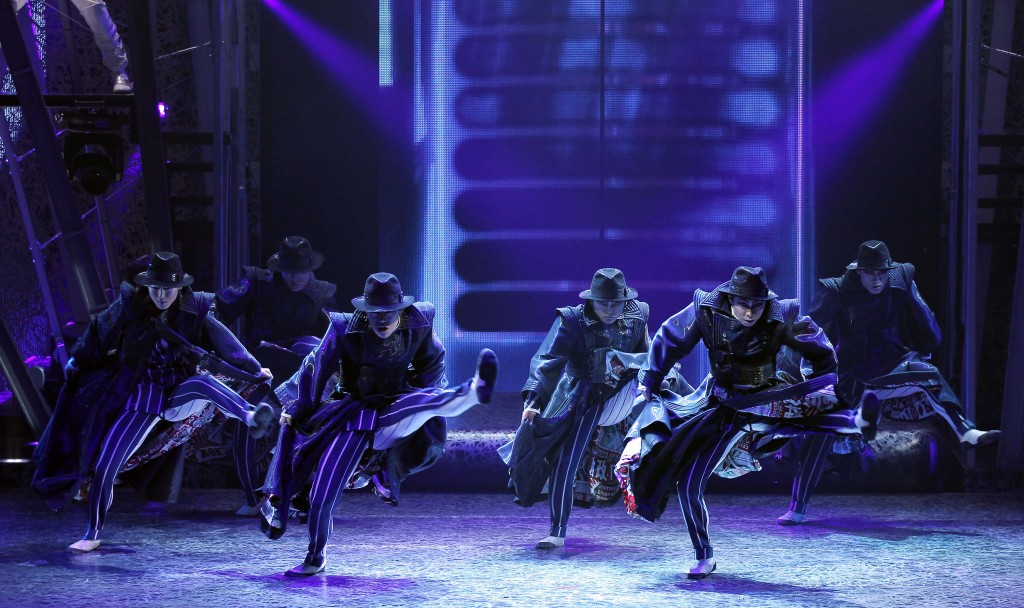 Breath-taking and culturally aware, Arinzé delivers an outstanding performance taking his audience on a lyrical journey through the pulsating heart […]

Out & About: Soma Therapy

How about a cheeky massage? Or perhaps not so cheeky after all. It’s interesting how we deem massages and body […]